Afghanistan: One day in Helmand.

An attachment of Royal Engineers( EOD specialists) and B (Malta) Company 1st Battalion The Mercian Regiment undertake a 16 hour foot patrol to clear IED's (improvised explosive devices) around their base. The mission, which is one of the most dangerous tasks undertaken by the troops involved isolating suspected IED sites by blowing through compound walls and creating a cordon whilst the suspect site is examined and the any devices found are neutralized. The patrol left the base under the cover of darkness and worked throughout the day in searing temperatures reaching 55 C occasionally exchanging fire with the enemy. At nightfall the patrol retuned to base. Nahr-e Saraj, Helmand Province, Afghanistan, 20th of August 2010. 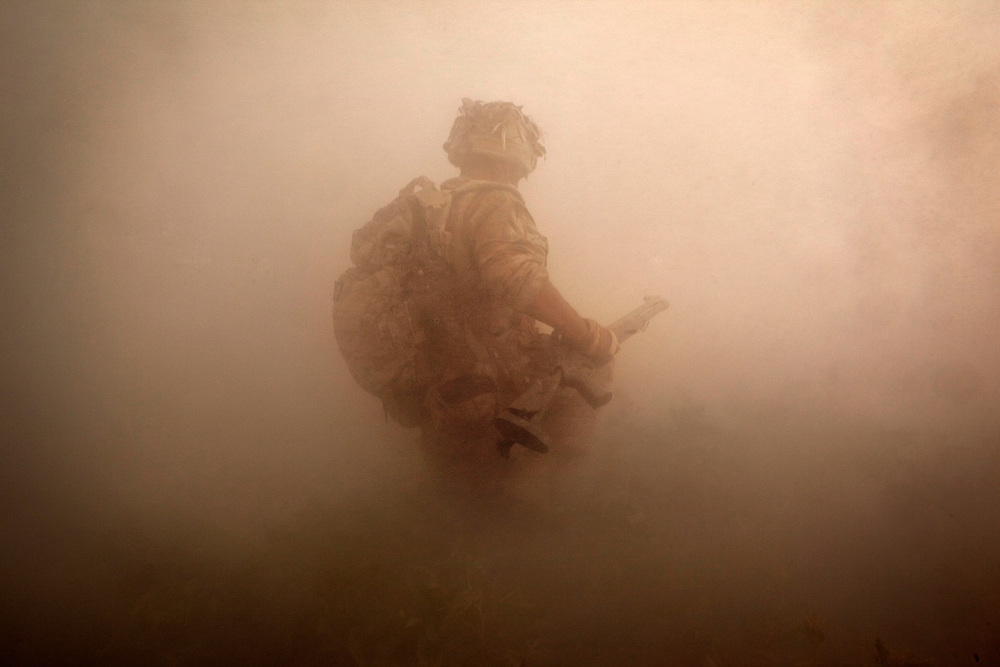